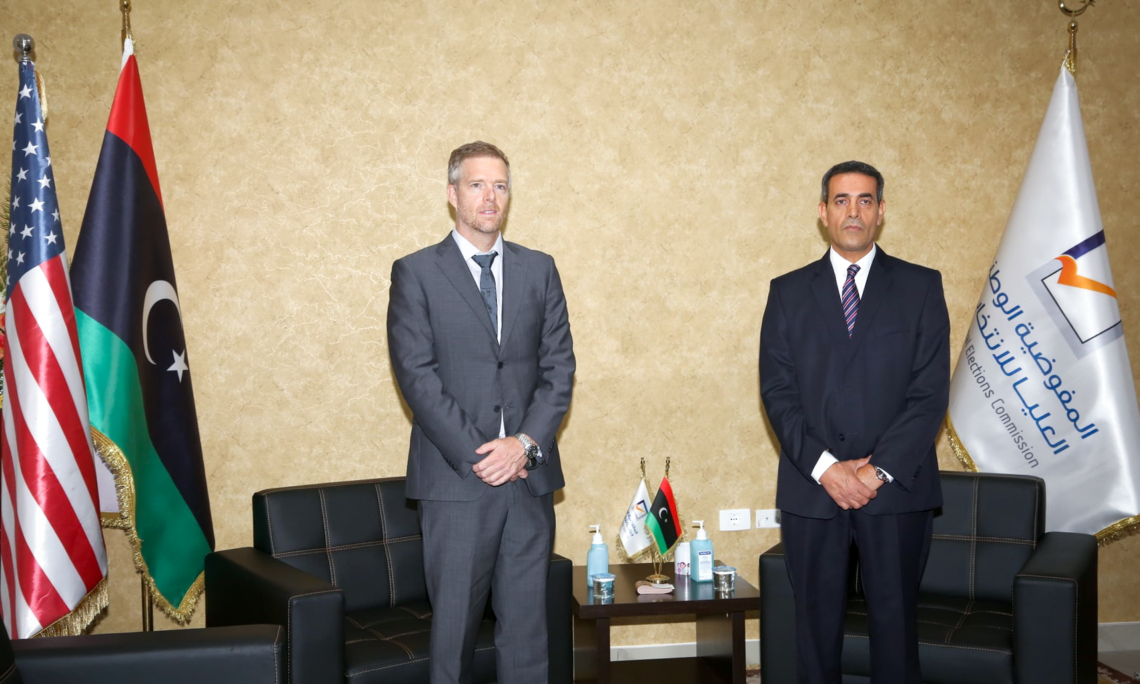 Today Leslie Ordeman the U.S. Embassy’s Deputy Chief of Mission, accompanied by USAID Libya Representative John Pennell visited Tripoli for meetings with HNEC, the Ministry of the Interior, and civil society and election observation groups to discuss US support for elections.

DCM Ordeman also met Minister of Oil and Gas Mohamed Aoun at the Ministry’s headquarters in order to discuss ways that the United States and American companies can collaborate in order to strengthen Libya’s energy sector.

In various meetings focused on preparations for the December 24th elections, DCM Ordeman noted U.S. support for free and fair elections in support of the LPDF roadmap, and to meet the expectations of the Libyan people. He added, “no foreign government should choose the next government of Libya, which is the right and responsibility of the Libyan people. In this regard we hope to see a campaign season begin soon in which parties and those hoping to run for office can outline their plans for delivering improved services for the Libyan people including economic growth, improved electricity delivery, and effective response to the Covid-19 pandemic, among other areas.”

In addition to diplomatic support for elections scheduled on December 24, the United States is providing significant technical assistance through the U.S. Agency for International Development (USAID). To date, USAID has trained over 2,000 domestic elections observers who are now prepared to observe national elections to ensure they are transparent and fair. These groups have valuable expertise from monitoring numerous municipal-level elections in recent years.

USAID has also trained over 100 civil society organizations, through partnerships that have helped women, youth, persons with disabilities, and other disadvantaged people participate in the political process. Today’s visit included a meeting with six civil society representatives to discuss ways in which the U.S. Embassy and USAID/Libya can continue to support them and ensure that diverse voices are heard.

DCM Ordeman and USAID Libya Representative Pennell also visited the HNEC’s newly renovated Media Center. The design and refurbishment of the Media Center was possible thanks to a partnership with USAID/Libya in support of the HNEC’s vital work.