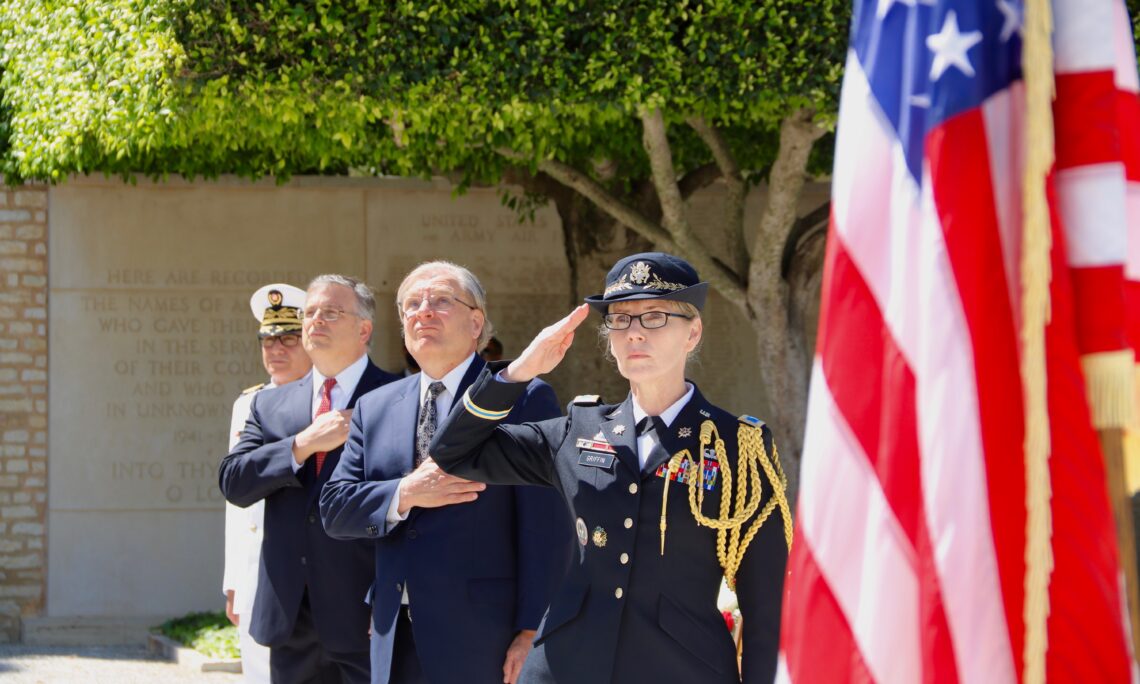 US Ambassador Richard Norland on Monday joined the US Ambassador to Tunisia, Donald Blome, in a Memorial Day event at the American Military Cemetery in Tunis. Each year, this ceremony is held to commemorate those brave Americans who died in North Africa during World War II in the fight against tyranny. Today’s event was a solemn reminder that this struggle is not over. Even now, in Libya, there are forces seeking to impose a new political order by military means or terrorism. The United States is proud to partner with the legitimate, UN-recognized government of Libya, the GNA, and all those who are prepared to protect freedom and peace. Ambassador Norland spoke with Prime Minister Sarraj on Sunday, following the Prime Minister’s call with Secretary of State Michael Pompeo, to reiterate the United States’ appreciation for his commitment to UN-led negotiations that can halt the dangerous escalation currently underway and open the path to a political resolution of the conflict.