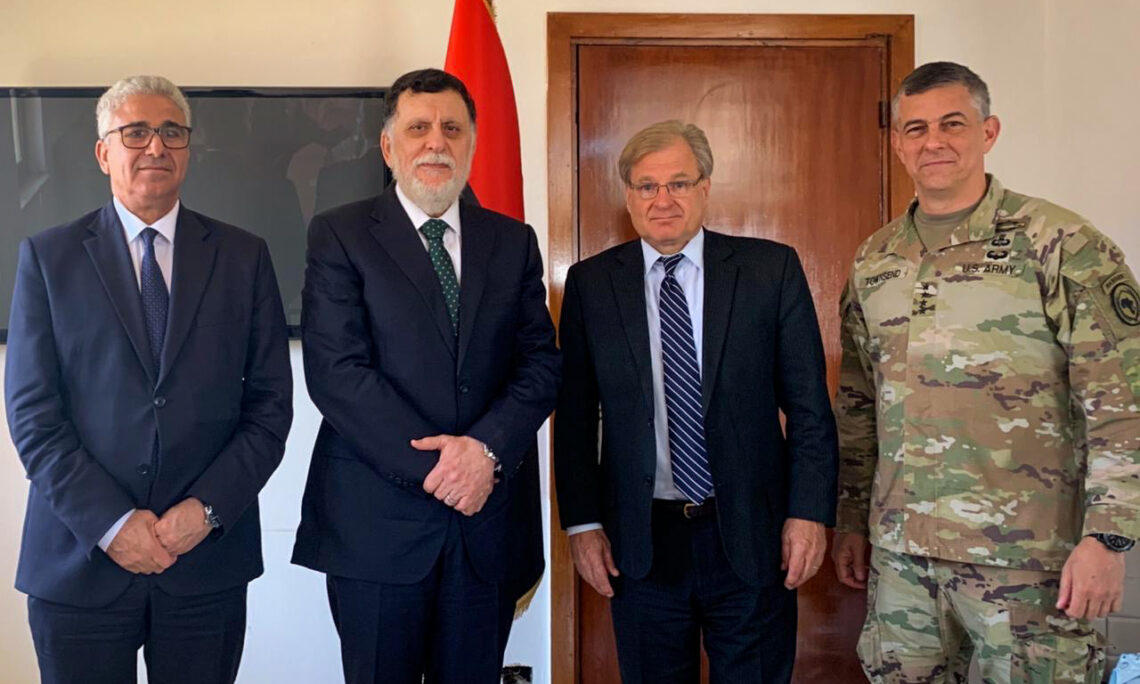 U.S. Ambassador to Libya Richard Norland and Commander of U.S. Africa Command, General Stephen Townsend met with Libyan Prime Minister Fayez Al-Sarraj on June 22, 2020 in Zuwara, located in western Libya.
In the context of escalating foreign intervention in Libya, the meeting focused on current opportunities for a strategic pause in military operations by all parties to the conflict.
Ambassador Norland outlined U.S. support for the diplomacy underway through UN auspices to promote a ceasefire and political dialogue.  General Townsend presented his military perspective on the risk of escalation, the dangers posed by Russia’s support for Wagner operations, and the strategic importance of ensuring freedom of navigation in the Mediterranean.
“U.S. Africa Command provided the security that enabled this important Department of State engagement with Prime Minister Sarraj. We emphasized to the Libyan delegation that all sides need to return to UN-led ceasefire and political negotiations because this tragic conflict is robbing all Libyans of their future,” said General Townsend.
“The current violence fuels the potential resurgence of ISIS and Al Qaeda in Libya, is further dividing the country for the benefit of foreign actors, and prolongs human suffering. ​External actors should stop fueling the conflict, respect the UN arms embargo, and uphold commitments made at the Berlin Summit,” said Ambassador Norland.
In support of Libyan sovereignty, political stability​, security and economic prosperity, the United States will deepen engagement with the full range of interlocutors from across the country.
News, Speeches & Statements
Emergency Assistance
U.S. Citizens with Emergencies