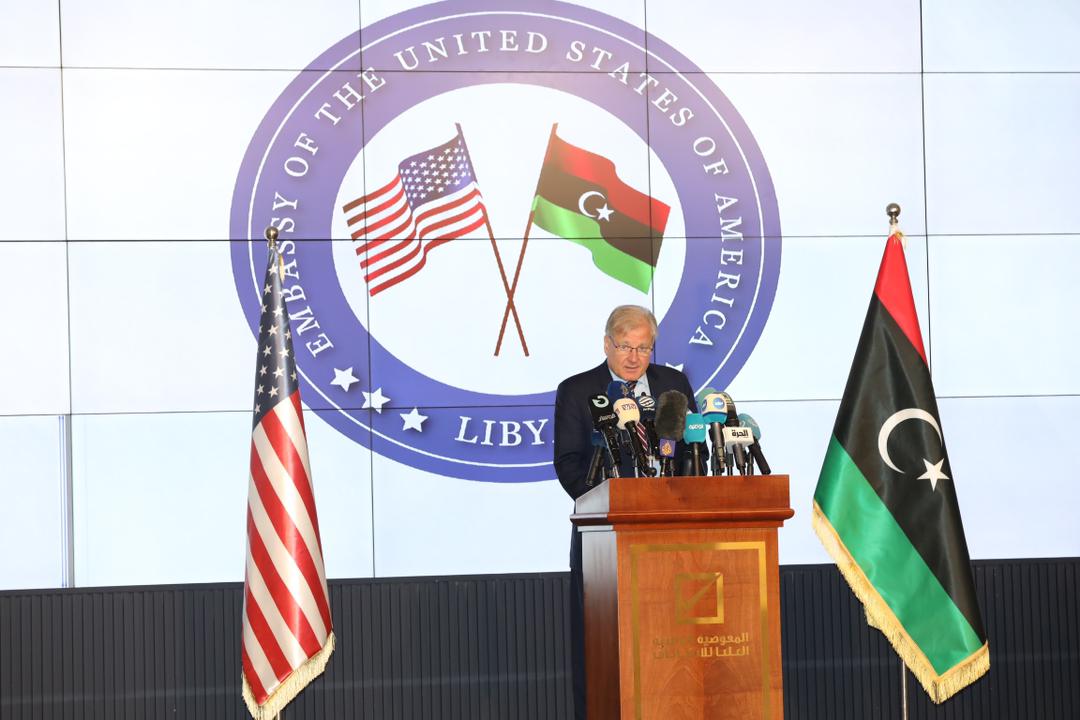 U.S. Special Envoy to Libya Ambassador Richard Norland visited Tripoli November 8-10 for meetings with government officials, international partners, and the donor community including representatives from the Government of National Unity, UNSMIL, World Bank, Presidential Council, High State Council, and High National Elections Commission. During his visit, Special Envoy Norland underscored the urgency of concrete steps to establish a constitutional basis for credible, transparent elections in keeping with the aspirations of the Libyan people. He appealed to all Libyan leaders and institutions to use their influence to push toward this goal, cautioning that the status quo is not sustainable and noting that the United States may reevaluate its relationships with actors and institutions who delay and obstruct progress toward political solutions. The Special Envoy lauded the unanimously approved recent extension of the UNSMIL mandate as an opportunity to reset a credible roadmap for elections, achieve the necessary buy-in from key actors, and establish reasonable timelines for the international community to rally behind. He reiterated U.S. support for SRSG Bathily in his mission, and for the Libyan people’s right to live in a democratic and sovereign Libya defended by a unified Libyan military not reliant on foreign powers.

The continued threat of oil shutdowns, recent militia clashes, and the public outcry after the Audit Bureau report all highlight the need for greater financial transparency and accountability for the benefit and prosperity of all Libyans. The United States chose Libya as a key country in its Strategy to Prevent Conflict and Promote Stability and is committed to partner with Libyans in support of a more stable and prosperous future, led by an elected, unified government that provides needed services and builds on the natural resources of the country.