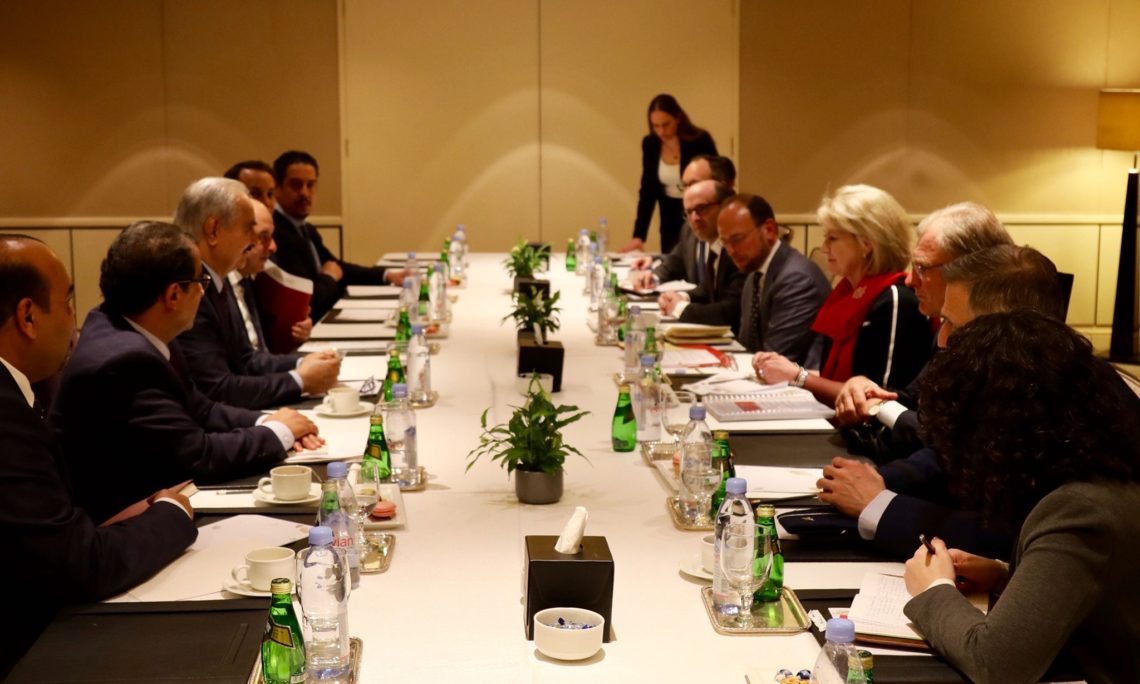 U.S. Delegation Meets with General Khalifa Haftar
Department of State
Office of the Spokesperson
November 25, 2019
Senior U.S. officials met with General Khalifa Haftar on November 24 to discuss steps to achieve a suspension of hostilities and a political resolution to the Libyan conflict. The delegation included Deputy National Security Advisor for Middle Eastern and North African Affairs Victoria Coates, Ambassador to Libya Richard Norland, Principal Deputy Assistant Secretary for International Affairs at the U.S. Department of Energy Matthew Zais, and USAFRICOM Deputy Director for Strategy, Engagement, and Programs Brigadier General Steven deMilliano.
The officials underscored the United States’ full support for the sovereignty and territorial integrity of Libya and expressed serious concern over Russia’s exploitation of the conflict at the expense of the Libyan people.
These frank discussions build on recent talks with Tripoli-based officials aiming to establish a common basis for progress between the parties on the issues that divide them, in the context of moving toward a ceasefire. These include concrete efforts to address militias and extremist elements, and the distribution of resources so they benefit all Libyans. The United States urges the parties to seize this opportunity to build a secure and prosperous future for Libya.
Link: https://www.state.gov/u-s-delegation-meets-with-general-khalifa-haftar/