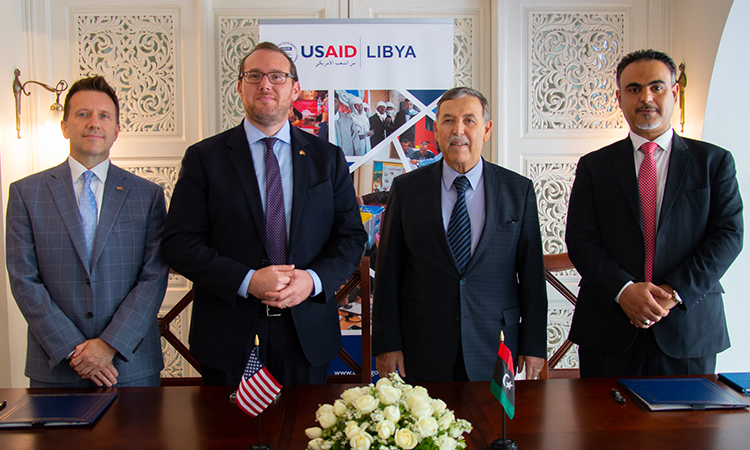 At a ceremony in Tunis on October 10, the United States Government, through the U.S. Agency for International Development (USAID), and the Government of Libya, through the Ministry of Planning, signed a Memorandum of Intent (MOI) for enhancing their partnership.  The MOI is based on the shared values of strengthening the foundations of a unified Libyan state by supporting Libyan institutions and communities to advance national stability and self-reliance.

The MOI provides the broad framework for cooperation with the Government of Libya on USAID assistance on strengthening governance institutions; increasing opportunities for economic participation and growth; and enhancing Libya’s ability to address instability and conflict. The MOI also lays the foundation for which both governments can explore areas for further cooperation.

USAID has provided humanitarian, stabilization and development assistance in Libya since 2011.