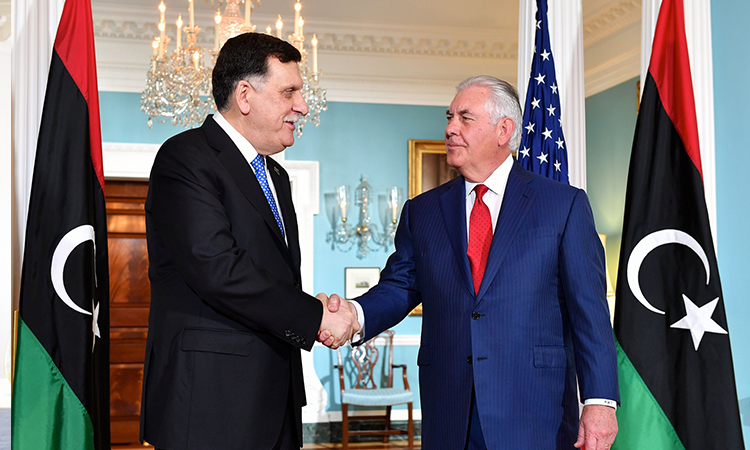 The below is attributable to Spokesperson Heather Nauert:‎

Secretary Tillerson and Prime Minister al-Sarraj discussed the need for all Libyan and international parties to back Special Representative of the UN Secretary-General for Libya Ghassan Salamé’s Action Plan to advance the national political reconciliation process and lay the groundwork for Libya to hold successful national elections.  Secretary Tillerson underscored that the United States continues to urge all Libyan parties to engage constructively with Special Representative Salamé’s mediation, including his ongoing efforts to help them negotiate amendments to the Libyan Political Agreement.  The Libyan Political Agreement remains the only viable framework for a political solution throughout Libya’s transitional period.  Attempts to bypass the UN-facilitated political process or impose a military solution to the conflict would only destabilize Libya and create opportunities for ISIS and other terrorist groups to threaten the United States and our allies.

U.S. DEPARTMENT OF STATE
Office of the Spokesperson
December 1, 2017