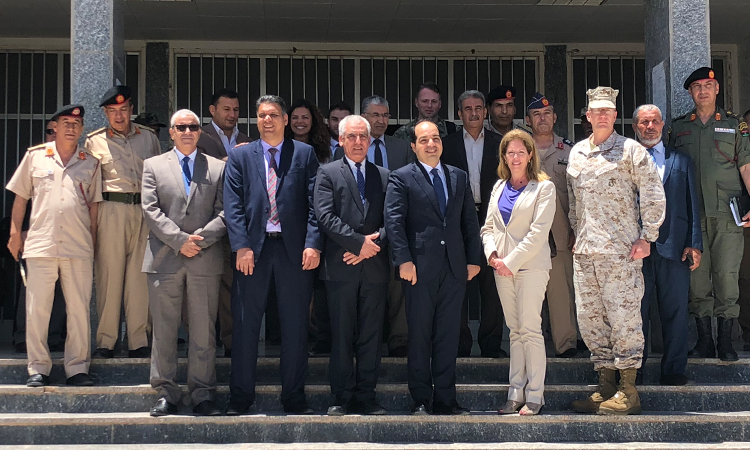 In our meetings, we reiterated United States support for Libya as a unified, secure, and prosperous state under a government that serves the Libyan people.  We applaud the ongoing Libyan dialogue on how to break the current political impasse within the framework of the Libyan Political Agreement, as Libya and the international community are working towards paving the path for elections.  The United States strongly supports United Nations Special Representative of the Secretary-General Dr. Ghassan Salamé as he works to facilitate dialogue, improve governance, and help Libyans prepare for credible and secure elections.  We also welcome the Libyan military unification talks hosted by the Government of Egypt, which include Misratan military representatives.

The United States supports the Government of National Accord making the difficult decisions required to invigorate the economy.  As the city of Misrata is a Libyan economic powerhouse, we look forward to Misrata’s experience in trade and entrepreneurship to support that effort.

Libyans, including many of the sons of this city, have fought courageously and made great sacrifices to defeat terrorist groups, including ISIS in Sirte.  We mourn the victims of last year’s terrorist attack on Misrata’s courthouse and the cowardly killing of Mayor Shtewi.  We stand with all Libyans in combating terrorism anywhere in Libya.

We call on all Libyans to avoid further conflict and we oppose any efforts to take territory or change the situation on the ground by force.  We completely deplore any attempts to physically threaten or intimidate Libyan political leaders. We call for calm and a return to dialogue.  The United States also strongly condemns the recent attacks by forces under the direction of Ibrahim Jadhran on the oil ports of Ras Lanuf and Al Sidra, and the resulting violence that has damaged Libya’s vital oil infrastructure and disrupted oil exports.  We regret the tragic loss of life of those killed in the attacks, including many members of the LNA, and offer our condolences to their families.  We are deeply concerned about the LNA’s announcement that it is handing over oil fields and facilities in parts of Libya under its control to an illegitimate entity that claims to be the National Oil Company, but is a parallel institution that is not affiliated with the internationally recognized Government of National Accord.  We call for all armed actors to cease hostilities and withdraw immediately from oil installations without conditions before further damage occurs.  Oil facilities, production, and revenues belong to the Libyan people.  The United States believes these vital Libyan resources must remain under the exclusive control of the legitimate National Oil Corporation and the sole oversight of the Government of National Accord, as outlined in UN Security Council Resolutions 2259 (2015), 2278 (2016), and 2362 (2017).  We continue to support all moderate Libyan voices that call for peaceful resolution of conflict and broad reconciliation.

The United States is providing Libya with assistance to address humanitarian needs, repair infrastructure, strengthen democracy and rule of law, and build the economy.  This includes cooperation with the governments of the United Kingdom and Germany to enhance Libyan capacity for demining and removal of improvised explosive devices.  We are working closely with Libya to expand its counter-terrorism capacity, strengthen its criminal justice and border security institutions, and stand ready to help Libya train professional armed forces as we strengthen cooperation on our shared regional security goals.

The visit today demonstrates the continued commitment of the United States to the Government of National Accord and to national political reconciliation in Libya.  We believe Misrata has a critical role to play in the political process.  We urge all Libyans in the East, West, and South to join together in a shared effort to ensure their mutual security and prosperity.