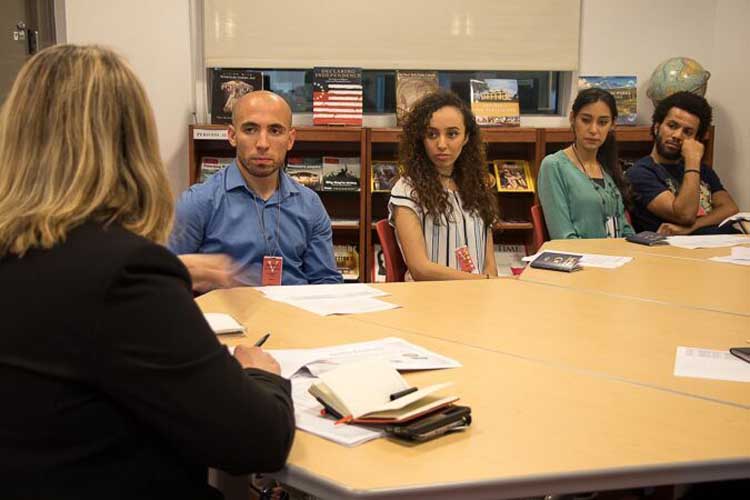 After their pre-departure orientation in Tunis, the group of young Libyans who were selected to participate in the Middle East Partnership Initiative (MEPI) Student Leaders Program traveled to the United States. After orientation in Washington, DC, they were placed at various universities in the United States to participate in the program on leadership development and civic engagement. This group has been selected after they had applied through our Facebook fan page.