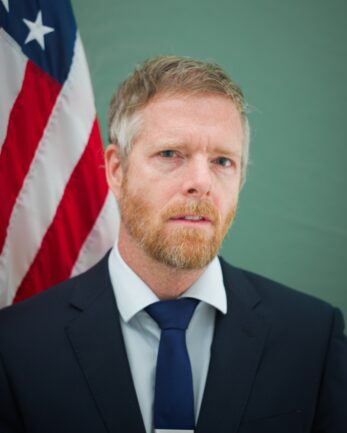 Leslie Ordeman began his tenure as the Deputy Chief of Mission in February 2021.  Prior to serving in this capacity, Mr. Ordeman served as the Political/Economic Chief at U.S. Embassy Tripoli (Libya External Office (LEO), Tunis).