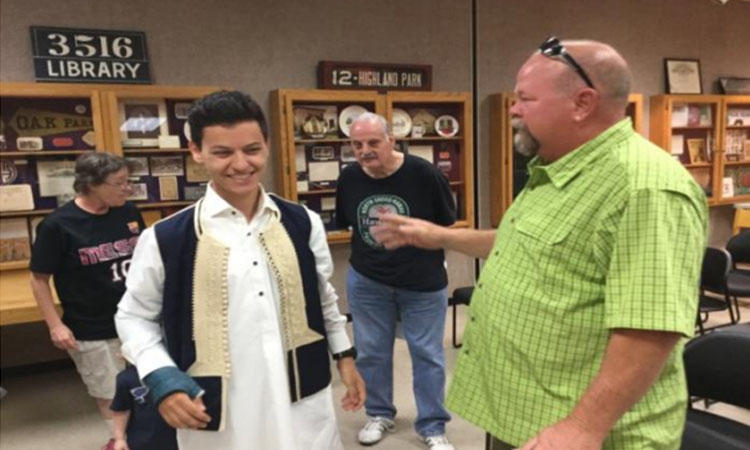 Cultural exchange is the central component of the YES program. A YES student’s goal is not only to learn about American culture, but to serve as an ambassador of his or her own country as well. Anis Eljorni (YES 2016 – 2017, Libya, hosted by CIEE in Des Moines, IA) took his role as an ambassador to heart.

Anis attended North High School in Des Moines, Iowa during the 2016-2017 school year. On June 3rd, at the end of his exchange, Anis gave a special presentation to share his experience as a Libyan student in the United States with his host community. Through an event at North Side Library, where Anis had volunteered throughout the year, he presented on his home country and on the differences and similarities between Libya and the United States.

Through this presentation and dialogue, Anis was able to teach his exchange community about a culture they were unfamiliar with. According to the librarian who hosted the event, members of the audience were deeply impacted by Anis’ presentation. They reportedly said it was “a good idea for Americans to learn directly from people of all countries” and “good way to learn about cultures that we have misconceptions about”. Another member of the community described Anis as “a great ambassador from Libya. He is a smart, mannered, young man who will be missed when he returns home”.