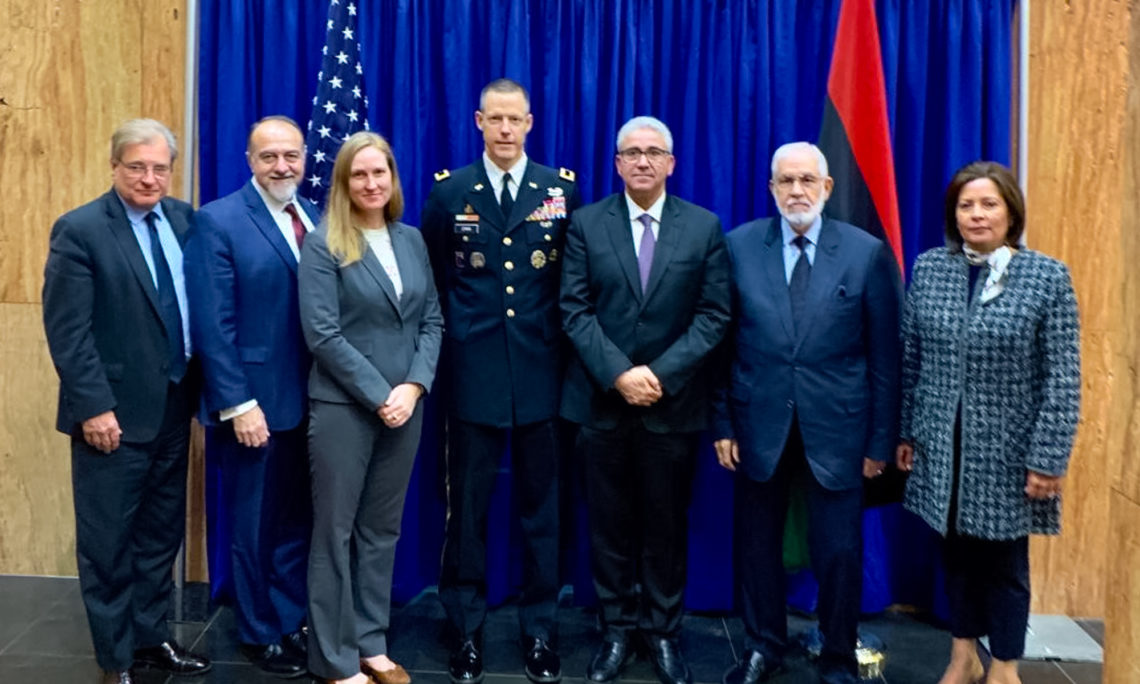 Yesterday, the U.S. Government and the Libyan Government of National Accord, represented by Foreign Minister Mohamed Siala and Minister of Interior Fathi Bashaga, launched a U.S-Libya Security Dialogue in Washington, D.C.

The Government of National Accord’s delegation expressed grave concerns regarding the security situation and its effect on the civilian population.

The United States calls on the “Libyan National Army” to end its offensive on Tripoli. This will facilitate further U.S.-Libya cooperation to prevent undue foreign interference, reinforce legitimate state authority, and address the issues underlying the conflict.

The U.S. delegation, representing a number of U.S. government agencies, underscored support for Libya’s sovereignty and territorial integrity in the face of Russia’s attempts to exploit the conflict against the will of the Libyan people.