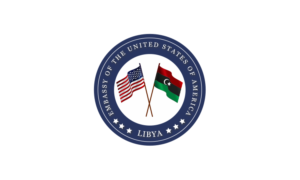 Joint Statement on the Situation in Libya

The following joint statement was issued by the Governments of France, Germany, Italy, the United Kingdom, and the United States of America.

The Governments of France, Germany, Italy, the United Kingdom, and the United States welcome the Libyan Political Dialogue Forum’s (LPDF) vote in favor of the selection mechanism for a new interim executive authority, which will guide Libya toward national elections on December 24, 2021. This is an important step towards Libyan unity. The LPDF’s decision affirms the clear demands of the Libyan people that it is time for a change of the status quo. We encourage all Libyan parties to act urgently and in good faith to finalize the adoption through the LPDF of a unified and inclusive government. As participants in the Berlin Conference process and international partners of Libya, we will lend our full support to the LPDF’s efforts.

We also welcome the UN Secretary-General’s appointment of Ján Kubiš as Special Envoy of the Secretary-General for Libya, and the appointments of Raisedon Zenenga as the UNSMIL Coordinator and Georgette Gagnon as Resident Coordinator and Humanitarian Coordinator, and we will fully support them in their important roles. We express our ongoing gratitude to the Acting UN Special Representative, Stephanie Williams, for her continuing steadfast leadership of UN mediation until Mr. Kubiš takes up his position.

One year after the Berlin Conference, we underscore the critical role of the international community in support of a political solution in Libya as well as our continued partnership with the Berlin Process members. We remind the Berlin Process members of the solemn commitments we all made at the Summit one year ago, reinforced by UNSCR 2510. In particular, we must continue to support a ceasefire, restore full respect for the UN arms embargo, and end the toxic foreign interference that undermines the aspirations of all Libyans to reestablish their sovereignty and choose their future peacefully through national elections. It is crucial that all Libyan and international actors support steps toward full implementation of the Libyan ceasefire agreement signed on October 23 of last year, including the immediate opening of the coastal road and removal of all foreign fighters and mercenaries.