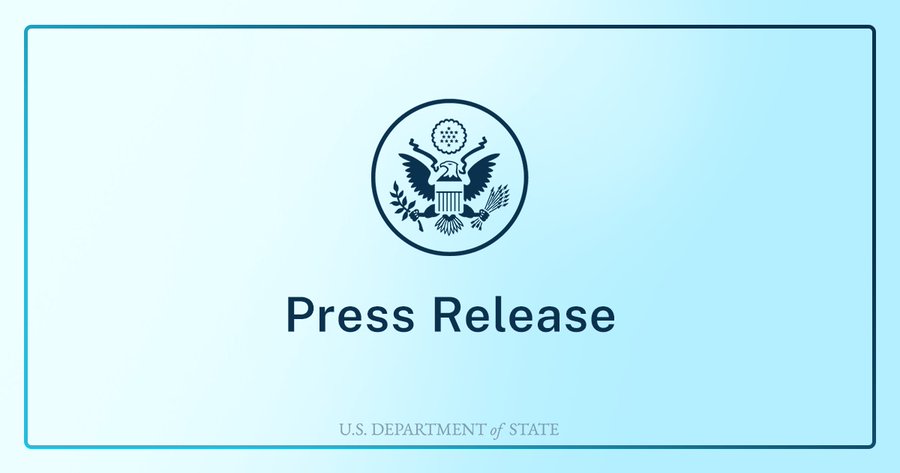 OFFICE OF THE SPOKESPERSON
MARCH 4, 2022

The text of the following statement was released by the Governments of the United States of America, France, Germany, Italy, and the United Kingdom:

France, Germany, Italy, the United Kingdom, and the United States of America take note of the statement of 2 March by the spokesperson of the Secretary-General of the United Nations and subsequent developments regarding the situation in Libya.

We echo the UN Secretary-General’s call on all actors to refrain from actions that could undermine stability in Libya and express our concern at recent reports of violence, threats of violence, intimidation, and kidnappings.

We stress that any disagreement on the future of the political process must be resolved without resorting to violence, and we stand ready to hold to account those who threaten stability through violence or incitement. We recall that individuals or entities, inside or outside Libya, who obstruct or undermine Libya’s successful completion of its political transition, may be designated by the United Nations Security Council’s Libya Sanctions Committee in accordance with UNSC resolution 2571 (2021) and relevant resolutions.

In reaffirming our full respect for Libyan sovereignty and for the UN-facilitated, Libyan-led and owned political process, we reiterate our support for UN mediation efforts through the Secretary-General’s Special Adviser and UNSMIL to sustain the country’s peaceful transition, to facilitate dialogue among political, security, and economic actors, and to maintain their focus on holding credible, transparent, and inclusive presidential and parliamentary elections as soon as possible in order to fulfil the democratic aspirations of the Libyan people.

We encourage all Libyan stakeholders, including the House of Representatives and the High State Council, to cooperate fully with these efforts and in the next steps of the transition, as proposed by the UN, in order to establish a consensual constitutional basis that would lead to presidential and parliamentary elections as soon as possible.

We reaffirm our readiness to work with Libya and all international partners to build a more peaceful, stable future for the country and its people and to support its stability, independence, territorial integrity, and national unity.