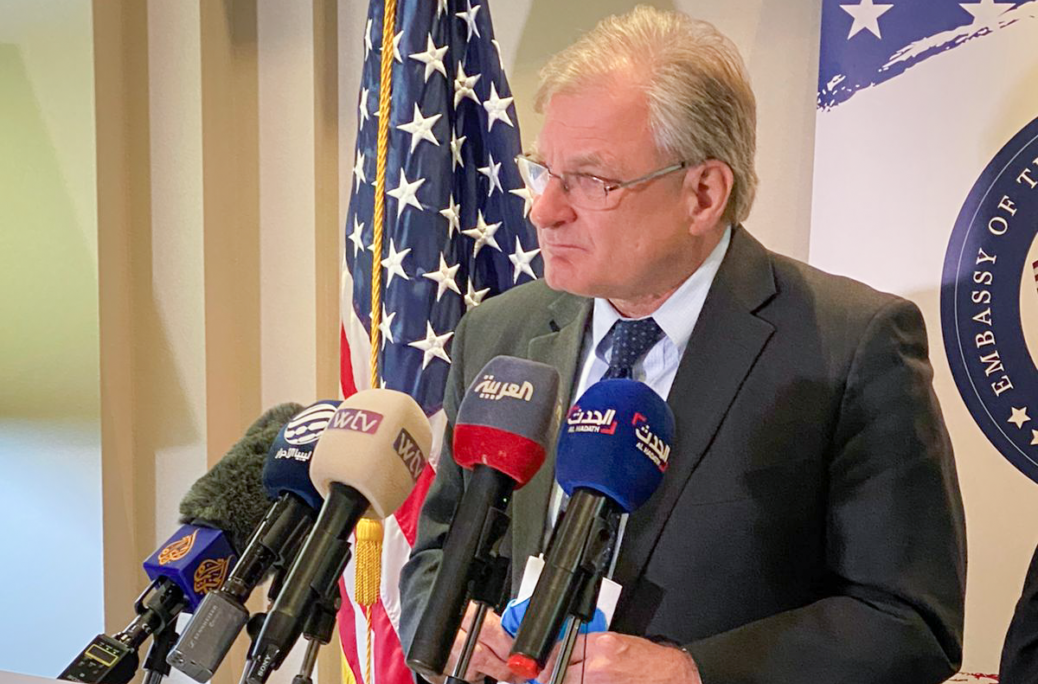 Today, U.S. Special Envoy and Ambassador to Libya Richard Norland visited Tripoli for meetings with a focus on maintaining calm and returning to the path toward elections. Ambassador Norland also co-hosted a meeting of the Berlin Process Economic Working Group in order to strengthen progress in Libya’s economic track, an effort that can address economic disparities and help stabilize the political situation.

Ambassador Norland summarized the visit by noting that “the United States continues to support the vast majority of Libyans who expect elections and demand a chance to cast a vote for their country’s future.  We also focused on our support for continued progress on the economic track as an essential element of ensuring stability and shared prosperity – and ending Libya’s difficult, long transitional phase.”

During the visit, Ambassador Norland spoke with PC President Mohamed al-Menfi and GNU Prime Minister Abdelhamid Dabaiba, and underlined U.S. support for a Libyan-led process, facilitated by UNSG Special Adviser Stephanie Williams, that leads to free and fair presidential and parliamentary elections as soon as possible.  He encouraged PM Dabaiba to engage with HoR-Designated PM Bashagha in order to avert an escalation of tensions that could lead to violence, and also called for reopening Libya’s airspace to all internal flights.

Ambassador Norland met with fellow Co-chair representatives of the Economic Working Group: UN Coordinator Rai Zenenga, EU Ambassador Jose Sabadell, and Egyptian Ambassador Tamer Mostafa, as well as Central Bank Governor Saddek ElKaber and a representative of the CBL eastern branch. Ambassador Norland and Deputy Assistant Treasury Secretary Eric Meyer (by virtual participation) represented the United States.  Ambassador Norland noted that the management of Libya’s oil revenue must be built on the pillar of transparency and the independence of sovereign institutions in order to remain outside the political fray.  In the context of current world events, particularly Russia’s unprovoked invasion of Ukraine, Ambassador Norland also noted that Libya can benefit from current higher oil prices and help calm global energy markets, if the National Oil Corporation receives the necessary resources to boost production.