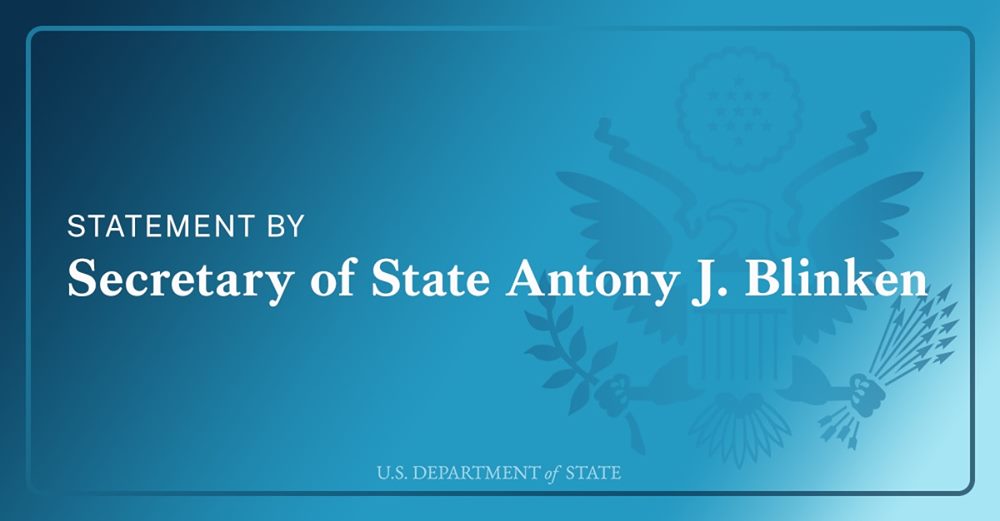 We welcome today’s vote of confidence by the House of Representatives in support of the slate of choices put forward by Interim Prime Minister-designate Abdulhamid Dabaiba for an interim Government of National Unity. This is a milestone toward the fulfillment of the Libyan Political Dialogue Forum’s Roadmap for an effective and unified interim Government of National Unity. We encourage this new leadership, upon assuming power, to take the necessary steps to ensure free and fair national elections on December 24 as a key step toward finalizing a political solution to end a decade of conflict. A smooth and orderly transfer of authority to leaders elected by the Libyan people in these elections is critical to furthering Libya’s democratic process.

In addition to ensuring timely national elections, the new interim Government of National Unity will have the responsibility to implement the October 23 ceasefire agreement, provide essential public services, initiate a national program for reconciliation, and address the economic crisis.

In welcoming the vote in support of the interim Government of National Unity, we also acknowledge departing Prime Minister Fayez Sarraj’s key transitional role in bringing Libya to this next stage. The United States calls on all sides to maintain this positive momentum and to support the full implementation of the Libyan ceasefire agreement, restore full respect for the UN arms embargo, and end foreign interference. All Libyan and international actors should support these steps, including the immediate removal of all foreign forces and mercenaries. The United States stands with the Libyan people as they work to establish lasting peace and security throughout their country.

Link to the statement: https://www.state.gov/house-of-representatives-vote-on-a-libyan-interim-government-of-national-unity/