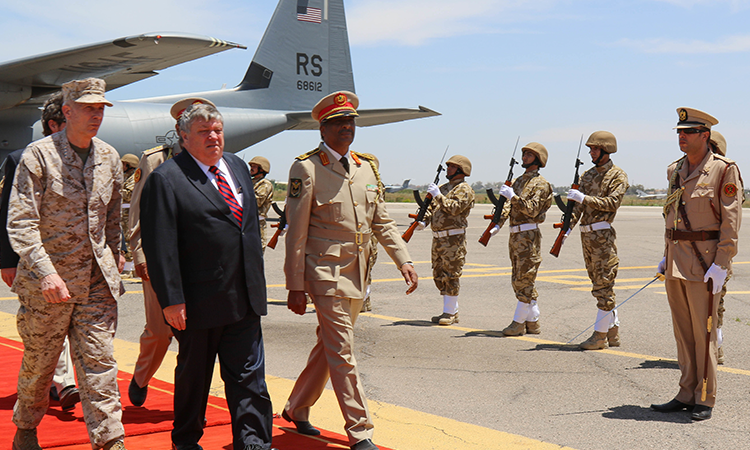 On Tuesday May 23, the U.S. Ambassador to Libya, Peter Bodde, and AFRICOM Commander General Thomas D. Waldhauser met with Libyan Prime Minister Fayez al-Sarraj in Tripoli. This marks the first time a U.S. Ambassador and a high ranking U.S. military official had been in Libya since 2014. Ambassador Bodde reiterated United States support for Libya as a unified, secure, and prosperous state under a government that can serve the Libyan people. He applauded the ongoing Libyan dialogue on how to form a government that has broad acceptance across Libya, within the framework of the Skhirat Agreement. Lastly, he welcomed Libyan efforts to draft and ratify a new constitution and to hold general elections next year, and he expressed support of the Government of National Accord making the difficult decisions required to invigorate the economy. U.S. diplomatic presence is critical to advance U.S. strategic interests in Libya and the region. The State Department is conducting deliberate planning to resume operations in Libya when security conditions permit.