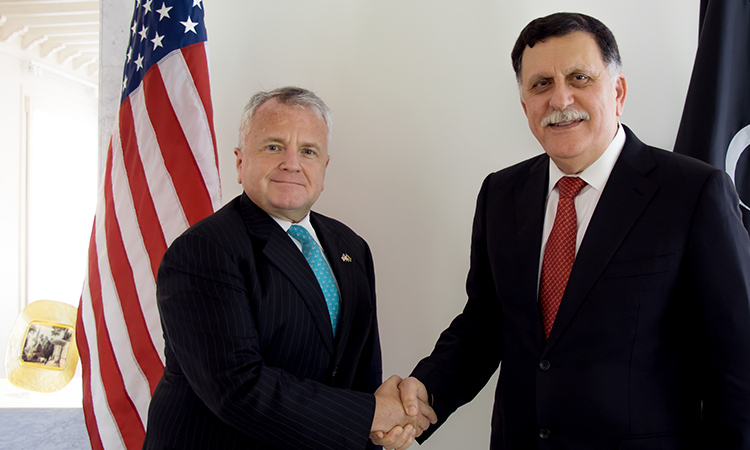 Office of the Spokesperson

The following is attributable to Spokesperson Heather Nauert:

Deputy Secretary Sullivan met with Libyan Prime Minister Fayez al-Sarraj today in Tunis to affirm the United States’ continued partnership with Libya and the Government of National Accord, and the United States’ commitment to helping the Libyan people realize a more stable, unified, and prosperous future. The Deputy Secretary thanked Prime Minister al-Sarraj for his leadership and efforts to advance political reconciliation in Libya and for his stalwart partnership in countering terrorism and defeating ISIS.

Deputy Secretary Sullivan and Prime Minister al-Sarraj discussed the need for all Libyan and international parties to back Special Representative of the UN Secretary-General Ghassan Salamé’s Action Plan to advance the political reconciliation process and lay the necessary groundwork for Libya to hold successful national elections. They also discussed the importance of stabilizing Sirte and other areas liberated from ISIS, restoring Libya’s economy, and addressing the humanitarian needs of the Libyan people.

The United States continues to urge all Libyan parties to engage constructively with Special Representative Salamé’s mediation, including with his ongoing efforts to help them negotiate amendments to the Libyan Political Agreement. The Libyan Political Agreement remains the only valid framework for a political resolution to the conflict throughout the country’s transitional period. Attempts to bypass the UN-facilitated political process or impose a military solution to the conflict will only destabilize Libya.