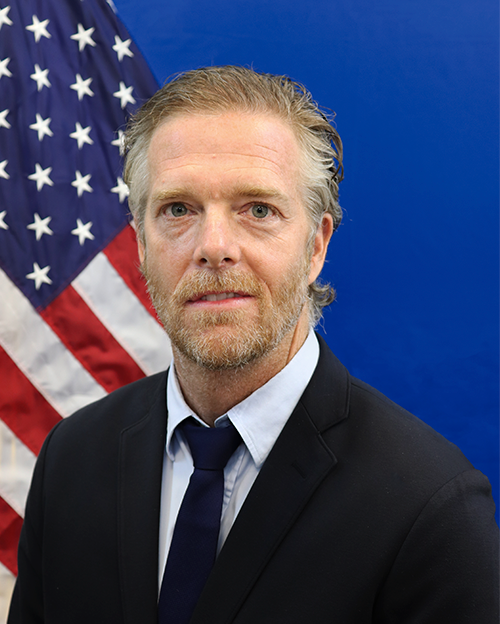 Leslie Ordeman, a career member of the Foreign Service, assumed his responsibilities as Chargé d’Affaires at U.S. Embassy Libya (Libya External Office (LEO), Tunis) in September 2022. Leslie Ordeman began his tenure as the Deputy Chief of Mission in February 2021. Prior to serving in this capacity, Mr. Ordeman served as the Political/Economic Chief at the U.S. Embassy Tripoli.

Mr. Ordeman holds a Masters of International Affairs from Columbia University’s School of International and Public Affairs and a Bachelor of Arts from Columbia University. Mr. Ordeman is the recipient of numerous State Department awards including Meritorious and Superior Honor Awards for his efforts to advance U.S. interests. Mr. Ordeman was the 2021 recipient of the State Department’s Robert C. Frasure Memorial Award, which is given to the Department employee who most exemplifies the late Ambassador’s commitment to peace and the alleviation of human suffering caused by war or civil injustice.