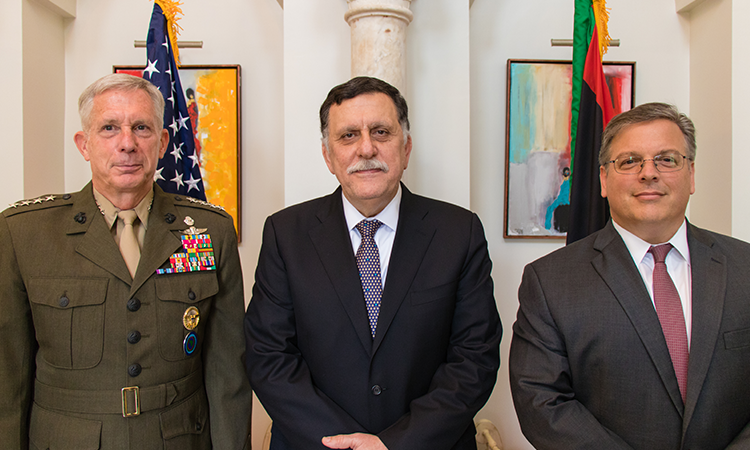 Chargé d’Affaires Donald Blome and AFRICOM Commander General Thomas Waldhauser met today with Libyan Prime Minister Fayez al-Sarraj to discuss the security situation in Tripoli and U.S.-Libya cooperation. The United States expressed its continued support to efforts to achieve lasting stability in Libya through the UN Action Plan and reaffirmed support to the Government of National Accord (GNA).

Discussion centered on GNA efforts to restore public security as outlined in the UN-brokered ceasefire and new measures to improve economic conditions for all Libyans through the economic reforms announced on September 12. The United States commended the GNA for its response to the ISIS attack on the National Oil Corporation on September 10, and both sides agreed on the importance of close and continued engagement to ensure that sovereign state institutions are able to fulfill their mandate on behalf of all Libyans. The United States stands with the Libyan people in pursuing the goal of a safer, stable, and more secure country.