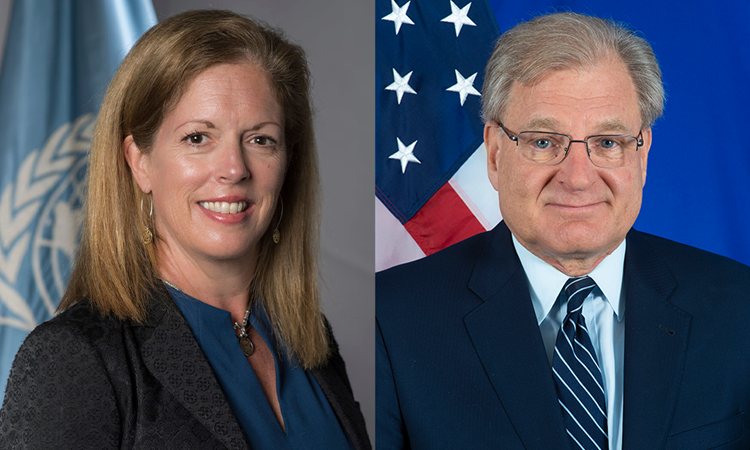 In a meeting today with the Acting Special Representative of the Secretary-General, Stephanie Williams, Ambassador Norland reiterated full U.S. support for the UN-facilitated Libyan Political Dialogue Forum (LPDF) process, through which Libyan parties are coming together peacefully to achieve a sovereign Libyan solution to end the conflict, promote transparent management of Libya’s economic resources, and finalize a roadmap to national elections.  He expressed appreciation for Tunisia’s contributions to the success of the upcoming LPDF.  Ambassador Norland also welcomed the resumption of UN-facilitated military talks in Geneva on October 19, which build on the successful meetings hosted by Egypt in Hurghada and represent an important step toward a demilitarized solution in Central Libya and ultimate departure of foreign military elements from the country.

Following the meeting, Ambassador Norland noted, “after my recent consultations, particularly in Cairo and Ankara, I believe that the United States is aligned with key international partners in support of these intra-Libyan dialogues.  The United States commends Libyan parties who are prepared to put the national interest ahead of their personal agendas through the LPDF.”