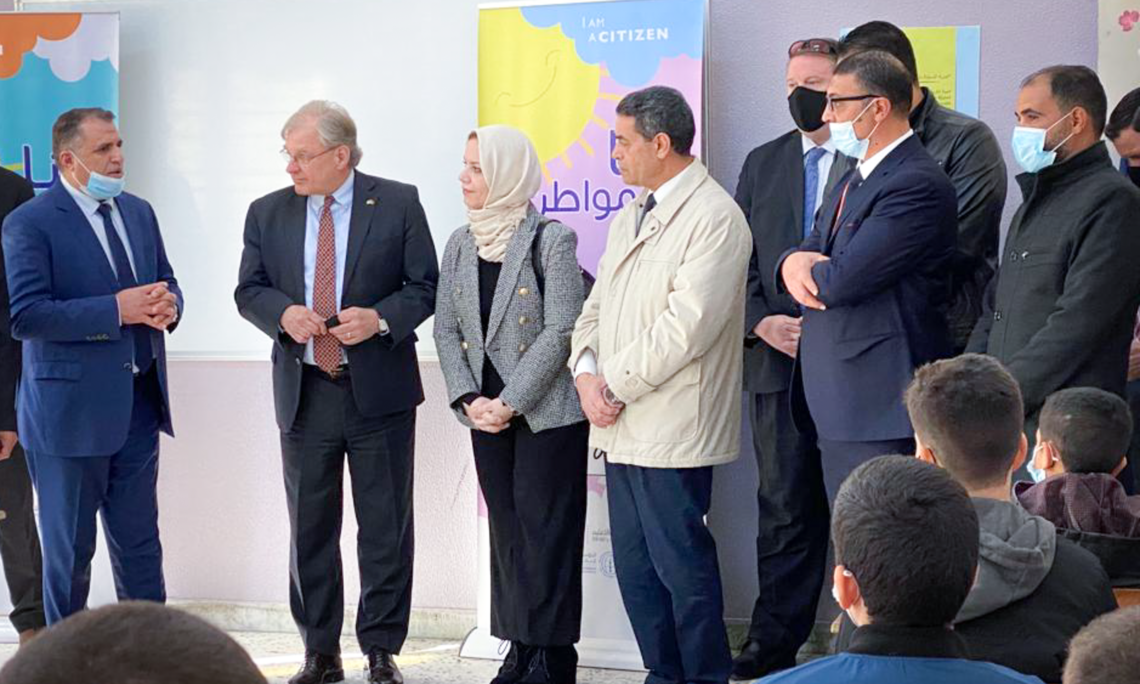 Today, U.S. Special Envoy and Ambassador to Libya Richard Norland visited Tripoli for meetings with a focus on providing support for the electoral process.

Ambassador Norland summarized the visit by noting that “The United States continues to support the vast majority of Libyans who want elections and to cast a vote for their country’s future. A major takeaway from our visit is that Libyans, and numerous Libyan institutions and organizations, are working toward this goal. We are working to be partners in this process, allowing Libyans to make the choice. We do not support any particular candidate; but we support the process. The United States will continue to engage with Libyan institutions and leaders with the goal of peaceful, free, fair, inclusive, and credible presidential and parliamentary elections that will pave the way for a unified and stable future for Libya.”

The Ambassador met UN Special Advisor for Libya Stephanie Williams in order to align US efforts with UNSMIL on the current challenges on the path to elections.

HNEC Chairman Dr. Emad al-Sayeh, and Regional Director of the International Foundation for Electoral Systems (IFES) Amb. Daniel Rubenstein accompanied the Ambassador for a demonstration of how a polling station will work on election day. Projects from USAID and IFES support HNEC’s technical role in assuring voter participation, including participation of disabled voters. At the same location, the Ambassador met middle school students participating in an IFES-sponsored civic education project for a discussion about elections. Ambassador Norland shared his hope for a bright and peaceful future for the children of Libya.

Ambassador Norland met Abdulhamid Dabaiba for a discussion of key Libyan issues in the context of the electoral campaign. The Ambassador shared the US view that candidates campaign separately from their public position or office.

With a focus on the electoral process, the Ambassador met USAID partners in civil society who are engaged in election awareness campaigns designed to encourage voter participation, and USAID partner organizations who serve as domestic Libyan election observers. These meetings demonstrated both the strong will of Libyans to vote in elections, as well as competent preparations to assure the integrity of elections.

The Ambassador ended the day at Mitiga airport for a delivery of nearly 1.2 million doses of Pfizer vaccines as a contribution in Libya’s fight against the COVID-19 pandemic. This is the second delivery of Pfizer vaccines from the United States under the COVAX program. UNICEF Special Representative Lana Wreikat and Director of the National Center for Disease Control (NCDC) Dr. Haider Al Sayeh were also present for the hand-over of the contribution of vaccines.