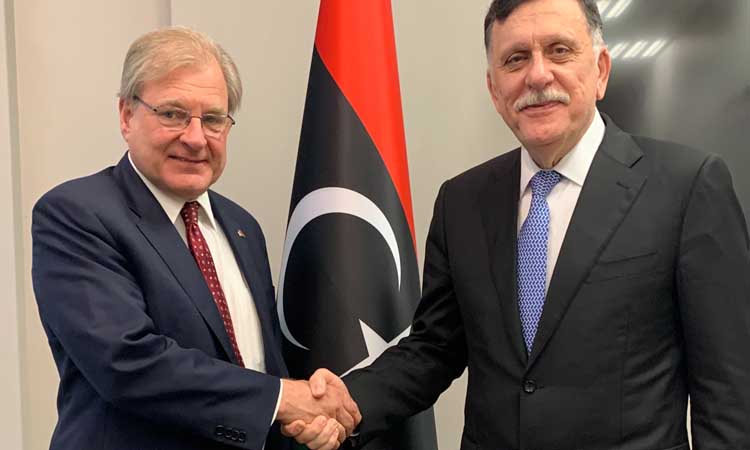 Ambassador Richard Norland met on March 11 with Libyan Prime Minister Fayez al-Sarraj in Pretoria, South Africa to discuss international efforts in support of a political solution to the conflict in Libya. This was Ambassador Norland’s fourth meeting with PM Sarraj since the Ambassador assumed his duties in August last year. Ambassador Norland thanked the GNA for its serious engagement in the UN-facilitated Libyan-led economic, security, and political dialogues. During the meeting, the Ambassador expressed his deep concern about the fragile ceasefire around Tripoli, the ongoing oil production shutdown, and the continued displacement of Libyan families due to continued shelling of civilian areas and infrastructure.

In a separate meeting with South African officials, Ambassador Norland affirmed the United States’ desire to work with South Africa and the African Union to support UN-led peace efforts. South Africa, the African Union’s new chair, has committed to ending conflicts on the African continent, under the framework of “Silencing the Guns.” In his discussions with PM Sarraj and South African officials, Ambassador Norland stressed the United States’ vision of a sovereign Libya free of foreign intervention. He warned that the current conflict risks embroiling other parts of Africa as well as the eastern Mediterranean region. The United States will continue to support a political solution that allows the Libyan people to realize their desire for inclusive and democratic governance.