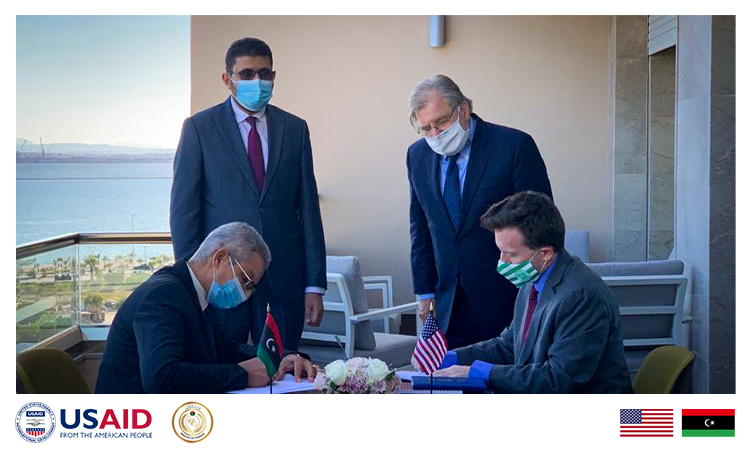 Ambassador Norland and Finance Minister Bomtari met on December 4 and voiced support for the UN Support Mission in Libya’s (UNSMIL) call to convene senior Libyan technocrats and policymakers for a much-needed dialogue on the economic challenges facing Libya.  As Libya grapples with challenges related to the exchange rate and budget process, the Ambassador underscored that Libya’s resources must be protected for the benefit of all Libyans, and any actors who would seek to divert state resources for narrow individual or partisan gain should be held accountable.  The Ambassador reiterated U.S. support for current arrangements whereby oil and gas revenues are frozen under apolitical management as a temporary and exceptional measure, while urging that the meeting proposed by UNSMIL take place as soon as possible to promote agreement on an interim solution pending final decisions in the context of the UN-facilitated Libyan Political Dialogue Forum.   Citing the important role that Libya’s private sector must play in diversifying the country’s economy, Ambassador Norland highlighted that the measures discussed today are also critical to developing a business climate that will attract U.S. and other foreign investment for the benefit of all Libyans.

During the meeting, the U.S. Agency for International Development (USAID) and the Ministry of Finance signed a letter of cooperation that outlines ongoing U.S. support as Libyan authorities work to promote fiscal transparency and improve public financial management in Libya.  Ambassador Norland noted that the robust partnership between USAID and the Ministry of Finance “reflects the U.S. commitment to helping Libyan authorities earn the trust and confidence of the Libyan public that state resources are managed transparently and in the public interest.”  The Ambassador and the Minister also discussed ways in which USAID programs could support government efforts to empower municipalities to play a greater role in delivering services to the Libyan public throughout the country, including the south.