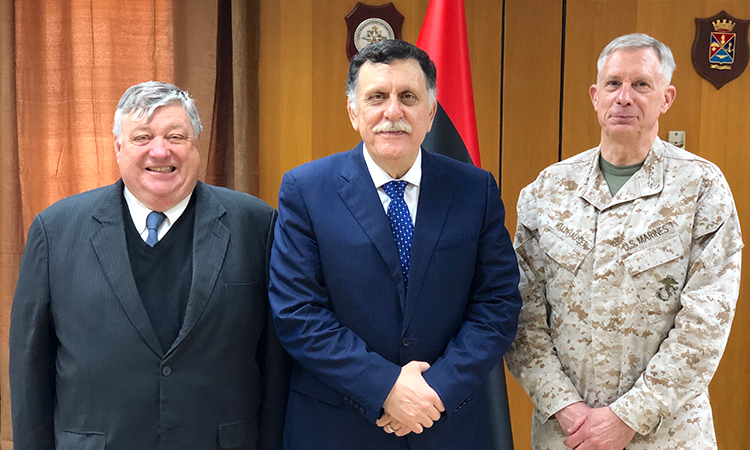 In our meetings, we reiterated United States support for Libya as a unified, secure, and prosperous state under a government that can serve the Libyan people. I also stressed the importance of swiftly implementing comprehensive economic reforms, further stabilizing oil production and ensuring greater fiscal transparency of Libya’s economic institutions, including the Central Bank of Libya. We will not tolerate spoilers to the political process.

We thanked Prime Minister al-Sarraj and Minister Bashaga for Libya’s strong partnership in combating ISIS and other UN-designated terrorist groups, and stressed the importance of avoiding further conflict that would enable terrorism and increase social and economic hardships.

While these initiatives are critical to bolster security and address current threats, the only lasting solution for Libya is to overcome its political impasse. I expressed the United States’ strong support of United Nations Special Representative of the Secretary-General Dr. Ghassan Salamé as he works to facilitate dialogue, improve governance, and help Libyans prepare for credible and secure elections.

My visit to Tripoli today demonstrates the continued commitment of the United States to the Government of National Accord and to political reconciliation in Libya. The United States stands with the Libyan people as you pursue your goal of building a more secure, stable and prosperous future throughout Libya.