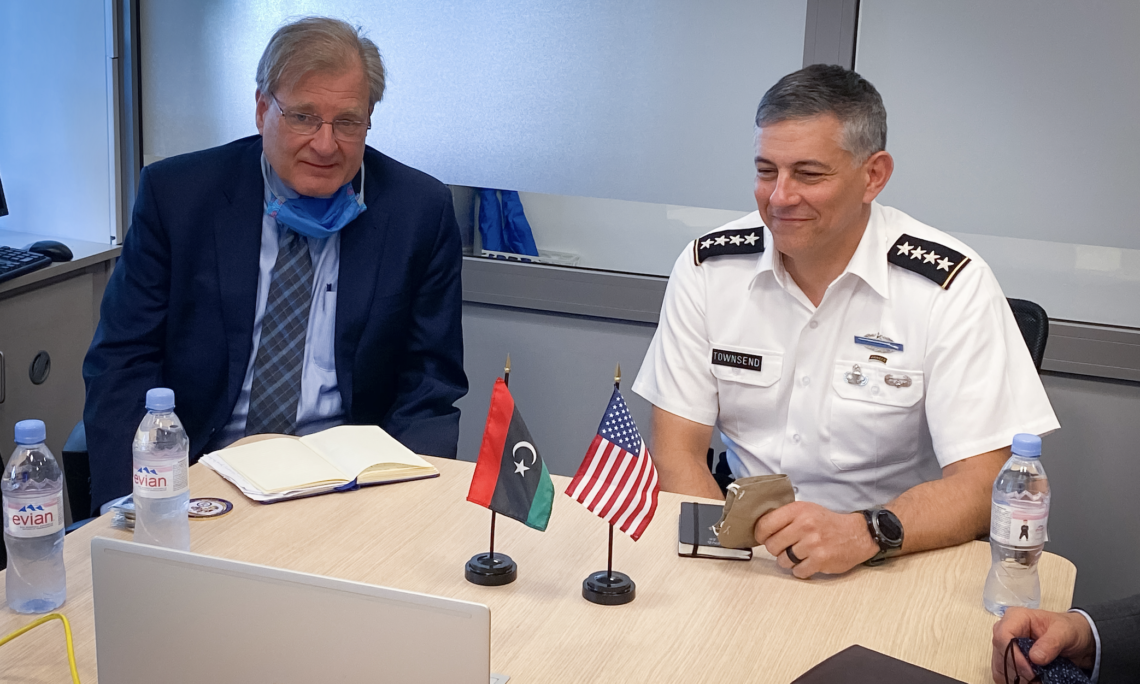 During his visit to Tunisia on Wednesday, U.S. Africa Command Commander, U.S. Army General Stephen Townsend also met with the U.S. Ambassador to Libya, Ambassador Richard Norland to discuss recent political and security developments in Libya. During the meeting, the two spoke via video conference call with newly-appointed Libyan Minister of Defense Salah Eddine al-Namrush to reiterate U.S. support for continued intra-Libyan dialogue under the U.N.-led process. General Townsend and Ambassador Norland also conveyed U.S. support for Libya’s counter-terrorism efforts, security sector reform, and calls for a lasting ceasefire, de-escalation of forces in central Libya, and the departure of all foreign military and mercenary forces from Libya.