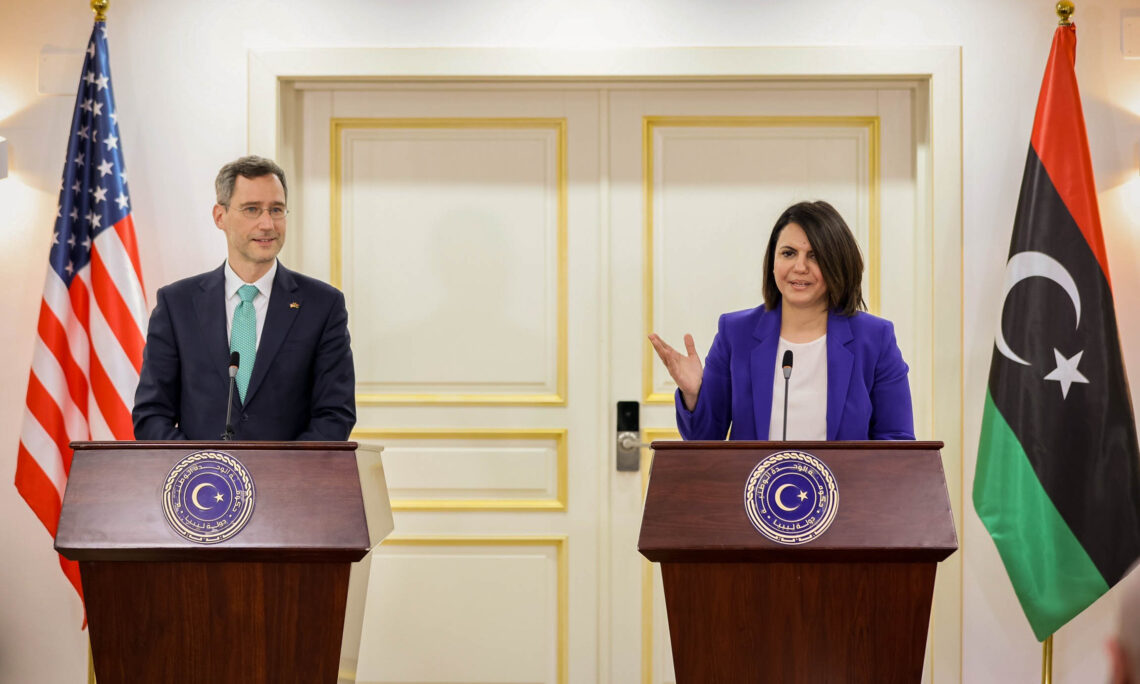 (Arabic) Thank you very much. Madam Minister, thank you for the invitation and hospitality here in Tripoli. (English) We’re very happy to be here today with you.

Today’s meetings demonstrate the commitment of the United States government and our strong diplomatic support … and our support for the progress the Libyan people have made towards an inclusive, negotiated, political solution.

(Arabic) The Special Envoy, (English) Ambassador Norland and I had productive talks with his excellency the Prime Minister and her excellency the Foreign Minister on how we can support the interim Government of National Unity as it takes the necessary steps toward ensuring free and fair elections in December.

We look forward to our next meeting with the Head of the Presidency Council Mohamed Menfi.

The goal of the United States is a sovereign, stable, unified Libya with no foreign interference and a state that is capable of combating terrorism. The United States opposes all military escalation and all foreign military intervention. We oppose foreign fighters, we oppose proxy forces.

To this end, we are urging all sides – Libyan and foreign – to fully implement the ceasefire, and this includes the removal of all foreign military forces of all types.

The agreement on an electoral roadmap for elections in December is very important. It is important for national reconciliation. So, we look forward to seeing the clarification of the constitutional basis for the elections as soon as possible.

We will remain closely engaged with the Government of National Unity as it prepares for those elections and ending this conflict.

(Arabic) Thank you very much.